Birding on steroids or the Kerkini Lake – Greece – in 10 pictures

Birding on steroids or the Kerkini Lake – Greece – in 10 pictures

Instead of waiting for the spring to come to me, I prefer to travel south to greet it. (One may also read this as “those who paddle their own canoe do not have to wait for their ship to come in.”) This time I was lucky enough to join a fam trip organised by Natural Greece, an ecotourism company from Athens, and spend a few days at my favourite Kerkini Lake, which you already birded through my bins (April and September).

As it turned out, I was the only travel writer of the group. Beside Andrea Bonetti, the guide from Natural Greece, there were four more bird guides coming from some of the leading tour operators in the industry.

I have spent ages surveying waterfowl, a mere 600 kilometres further north and have never seen Greylags like this. The van was parked at the Eastern Dyke of the lake and we were scanning the mud flats and numerousPygmy Cormorants, Dalmatian and Great White Pelicans with a few Greater Flamingos and Eurasian Spoonbills here and there, as well as one or two Purple and Black-crowned Night-Herons. Among them were Common, Green and Wood Sandpipers, Common Greenshanks and Ruffs… and those two strange looking Greylags. Instead of pale-orange, their beaks and legs were bright-pink.

I asked R. what does he think of them, and he said: “Let’s ask the others which race this might be”. A quick check of the Collins 2 (I think American birders know this book as the “Birds of Europe”, but here, some branding mastermind has interconnected the company’s name and the book title) revealed that we are facing two Siberian Greylag Geese (race rubrirostris)…..Read more in 10.000 Birds Blog article by Dragan Simic 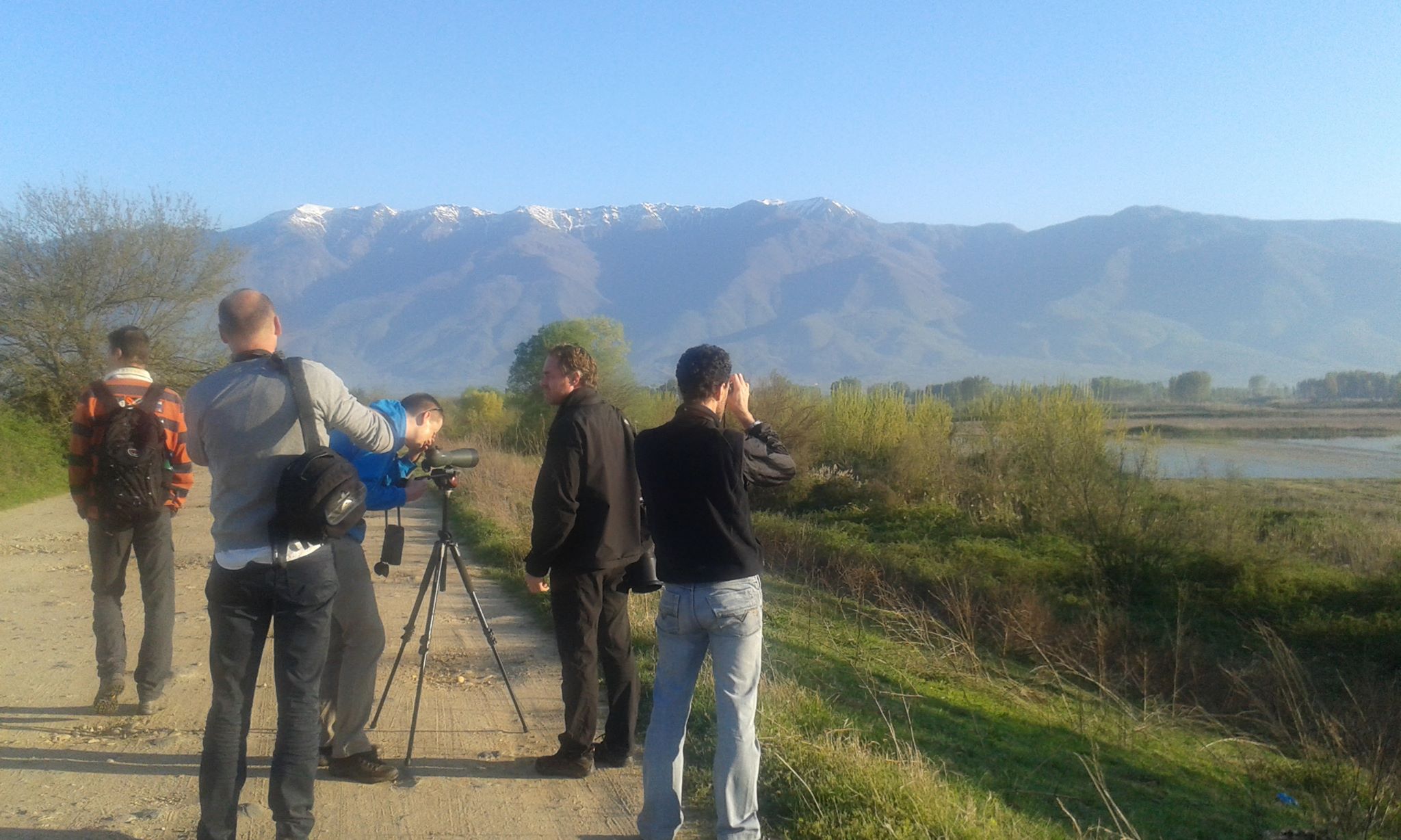