Michael and Kendall are two very enthusiastic birders from Kansas, USA. They came to Greece, during their European tour, together with their family, along the SE coastline, including Italy, Greece and Croatia. So, before they followed the groups’ demands and moved to Santorini, they had roughly two-three days to go birding around Athens.

“Our family European odyssey  was challenging with 8 people but successful!  I am so appreciative of the polished and professional way that you have wrapped up our trip.”, Michael said.

Finding new species for this couple was not an easy job, as Michael had 4000 species on his life list.
But, Natural Greece organized a very special programme for them, this March, so that we had the best chances of seeing the most species possible.

First, attempt was a 5 hour tour around Athens area, where we visited the Pnyx Hill, Filopappou and the National Garden, Zappeio. The time of the day was not ideal, as the midday sun was quite strong, so species count was very low! Yet, we managed to spend a few hours within the greenery of the city and see some chiff chaffs, lots of tits and some finches. Michael was very interested in learning about the distribution of the Rose ringed Parakeet and the Monk Parakeet in Athens, two alien species causing many problems to the local fauna; and Kendall was excited to see the Blackbirds building their nests and the Song Thrush looking for worms under the fallen leaves!

The very next day, the whole family was picked up early in the morning, for a day trip in Delphi. Among the ruins, we managed to steal some time to do some birding. In just a few hours we saw Chaffinches, a Cirl Bunting, a Blackcap, a little owl, a kestrel and a common Buzzard, among others. However, the highlights of this excursion were the Rock Nuthatch and the Blue Rock Thrush.

And finally, their last day, we set off to explore the natural areas around Attica – the prefecture of Athens. Pick up time was around 07.00 from their airBnb. Our first stop was Pnyx Hill again, since Michael wanted to see the Scops owl and the sun was still low. However, no later than we arrived we realized the extend of the wind, which was way above the suggested, for a Birdwatching day.
We didn’t let that stop us, and we moved on to our next location on the list, Mt Ymittos.

We started at the Monastery of Kaisariani, where we saw Great and Coal Tits, as well as many Jays and Magpies. We moved on to the opening of the trail where we encountered more of the Chiff-chaffs and the Thrushes. Later, we headed for the top in search of the warblers, where we did manage to have a very clear picture of a Subalpine warbler singing perched on top of a Kermes oak – a lifer for Michael. A Rueppel’s warbler, another lifer for our guest, passed by between two bushes and then, a Collared flycatcher appeared perched on the fence of the old military camp. A Sparrowhawk flew from above and two Chukar partrides were clopping between the bushes.

Just before we set off to head for our next destination, a very hungry and tired Northern Wheatear appeared on a rock in front of our car!

We drove further north and reached Schinias National Park. Here, we saw Corn Buntings, Goldfinches, Chaffinches, Song Thrushes, a Meadow pipit, among many other passerines. We saw all three of the swallows, the Barn, the Red Rumped and the House Martin. The surrounding area and especially the fields at Ramnountas are ideal for birds of prey. Another lifer, the Western Marsh Harrier was seen preying on the water fowl, as well as female and male Hen Harriers. We also, saw Greenshanks, Mallards, Teals, Coots, Whimbrels, Black-winged stilt, little Ringed plovers, Wood sandpipers and many others. 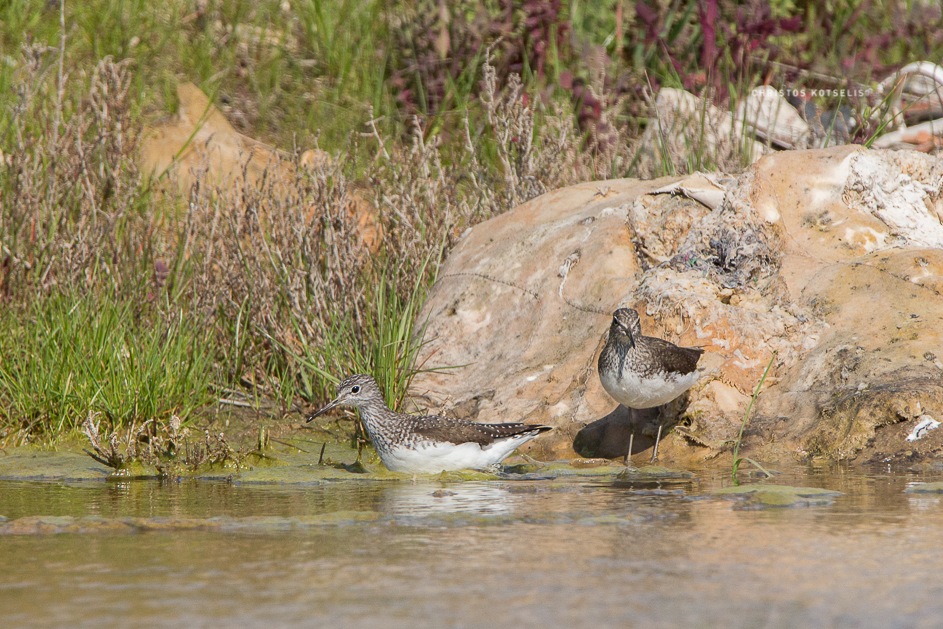 Last but not least, another lifer for Michael – a male Sardinian warbler was found there; he was singing and with a little patience on our part, we had very nice views of him. 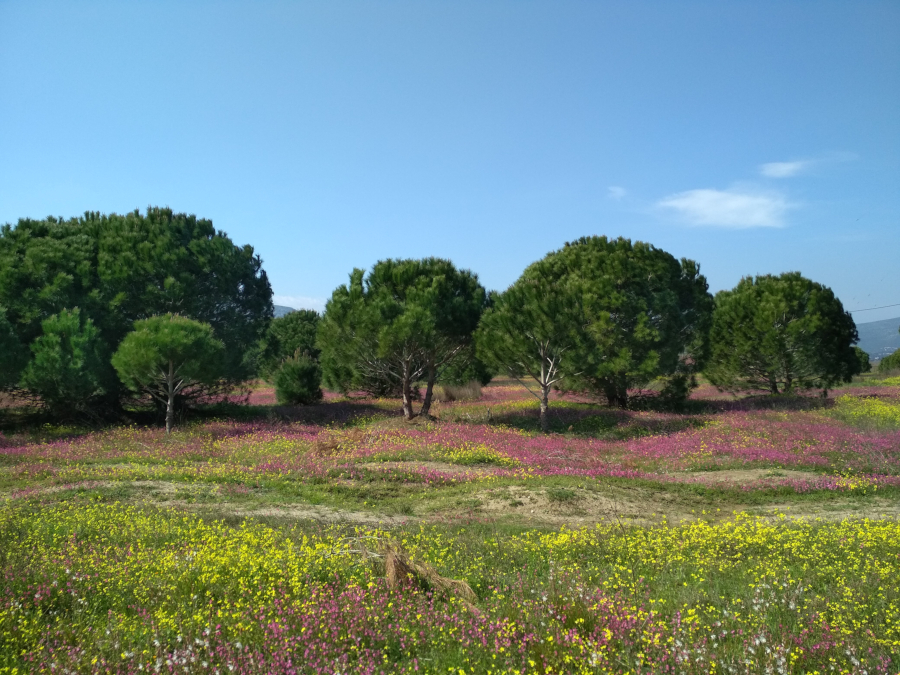 We moved on to Vravrona wetland, where the temple of Artemis is. There, we saw Grey herons and Little Egrets, as well as 2 beautiful Muted Swans. Flying above us, there were Common and Pallid swifts, and we heard many Cetti’s warblers but we didn’t manage to spot one, with all this wind rumbling around us.

The time of their flight was approaching rapidly, so we had to move quickly! We saw many different species on the way, mostly of passerines and small birds, the most notable being a few Cisticolas, some larks and a pale coloured male Merlin! 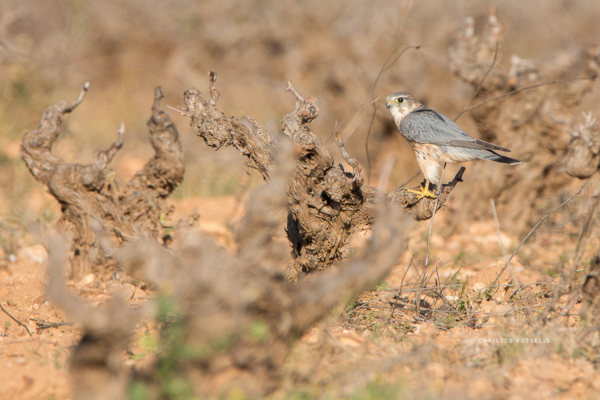 The very best way to call it a day!

The total count for the two and a half days was 63 species, among which many lifers for our lovely couple; a deed which seemed impossible for someone who already has 4000 birds in their list!
Nature never ceases to amaze us!

For more info on this holiday visit the Tour Page here.

Bird lists – the bird lists of this trip is on e-birds, uploaded by DimiCh.