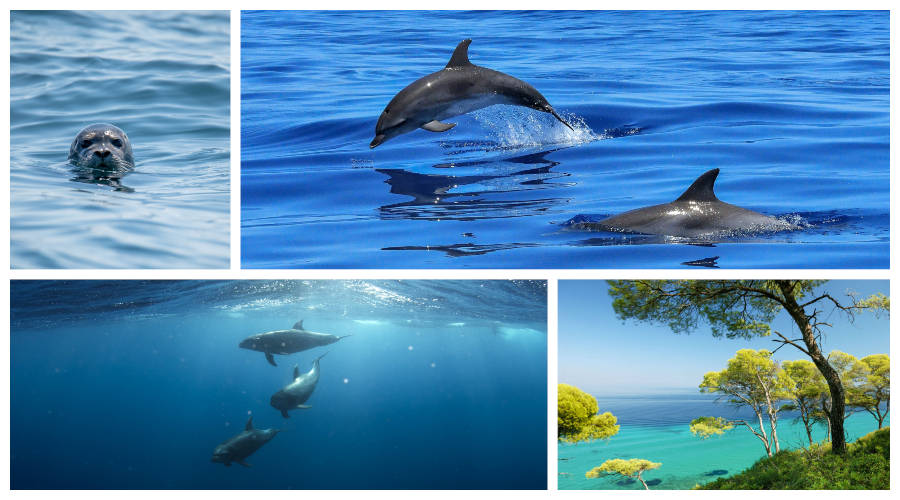 An unprecedented increase was recently observed in the dolphin populations of Greece, living in the Northern Sporades Marine Park!

In the middle of the Aegean Sea, you can find the Sporades islands, which consist of the famous triplet of Skiathos-Skopelos-Alonissos and many other uninhabited islets. The National Marine Park of Alonissos and Northern Sporades (NMPANS) is the largest marine protected area in Europe. It was founded in 2003, for the implementation of protection and research programmes, as well as public awareness and sensitization campaigns.

The increasing trend in the dolphin population living in the region is largely due to the protection programme of MOm. MOm has been actively involved in the region, aiming not only to protect the important seal population of the Mediterranean Sea but also to preserve marine biodiversity in general. In its long-term effort, it cooperates closely with all relevant authorities and local communities. MOm, being active in this region due to the Monk Seal population that breeds there, noticed that there were very few data concerning dolphin populations’ status in the Aegean Sea. Hence, in the summer of 2013, they initiated the Northern Aegean Dolphin Project , a research project for evaluating the conservation status of Cetacean (i.e., dolphins and whales) populations in the wider area of the National Marine Park of Alonissos, in Northern Sporades.

Ever since 2017 Natural Greece travellers have assisted these Dolphin Conservation efforts by promoting the Volunteering Holiday with Dolphins in Greece.

In this programme travellers reside a week in an apartment on Alonissos island, where during daily dolphin tours on a research vessel, they search for cetaceans in the marine park. When the crew with the volunteers spot a dolphin pod, they take ID photos of their fins and flippers and monitor the status of the pod and their behaviour. Later, back at the field station they cross-reference the photos to their database and conclude if this is a new pod, or if it holds any known individuals that have been spotted before.

Over the past few years the interest in the project has been growing steadily and we now have reached a point where people from all over the world visit Alonnisos in the summer to participate in the project.

This way, people get to spend their holidays on an alluring Greek island while lending a helping hand to the dolphins.

The populations are on the rise!

Recent scientific results of this dolphin project have revealed the region’s outstanding importance for the populations of three species of dolphins: The common dolphin (Delphinus delphis), the bottlenose dolphin (Tursiops truncatus) and the striped dolphin (Stenella coeruleoalba). In the region one can also encounter the Cuvier’s beaked whale (Ziphius cavirostris), alas less frequently .

MOm biologist Kimon Koemtzopoulos: “The first scientific data reveals that this increase is likely to be due to fisheries management in the area, which seems to have favored the growth of small fish populations.”
He also points out that

“in other regions of Greece, such as the Ionian Sea, overfishing of these fish populations has led to a sharp decline in common dolphin populations. Here, we seem to notice the opposite phenomenon and that gives us particular satisfaction”.

The above conclusions have recently been presented at the 14th International Congress on the Zoogeography and Ecology of Greece and Adjacent Regions (ICZEGAR).

Interview with MOm regarding this issue can be found here.