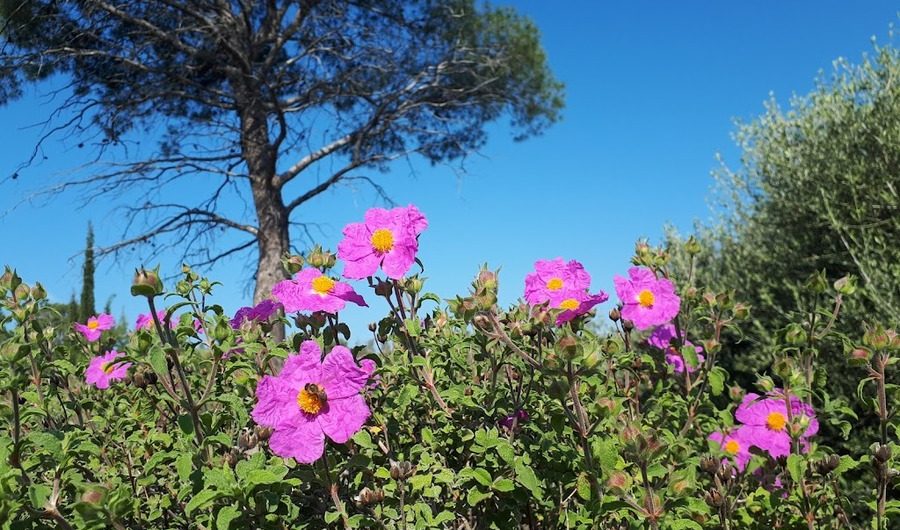 Q – Why has this mountain remained a secret for so long?

The visitors to Athens are simply spoilt for choice! Even though the mountain with its rich natural and cultural heritage has been “promoted” for thousands of years, there are other sites that got more limelight.

Q – What is there to see on the mountain that a visitor to Athens might enjoy?

Hymettus is preserved under the EU Natura 2000 protected areas network. The highest peak is 1,026 m (3,366 ft) and the length is 10 miles between Athens and the Saronic Gulf and 4 miles from east to west. The traveller and geographer Pausanias of the 2nd century AD already mentioned its wild plants such as thyme and its bees producing honey. There are over 600 species and subspecies of plants that one can admire on the mountain, many are listed as endangered and endemic.

There are over 40 species of orchid, the density of which is considered the highest in Europe in relation to the size of the mountain!

What is more, the Mediterranean habitats of Hymettus, are known to host the greatest variety of avifauna within Europe. Let alone that the mountain’s orientation from South to North offers a clear migratory passage for species that traverse Greece to reach Northern countries from Africa, during the migration season.

Species of interest that are known to breed on Hymettus are the Rüppel’s and the Subalpine warblers, the Cirl Bunting, Cretzschmar’s and Black-headed Bunting, among others. Apart from birds, Hymettus hosts about 10 species of serpents (!) and a great diversity of butterflies and bats.

There is a network of hiking trails running along the full length of the mountain. Efforts are being made to certify the Hymettus Trail, aiming to receive the European Ramblers’ Association (ERA) certification.

Its monuments are from the neolithic, classical Byzantine and post-Byzantine periods! The most famous monument is the Kaisariani monastery, founded in the 2nd century AD and built into the flank of the mountain.

Including numerous caves such as Peania Cave and a very special lake: Lake Vouliagmeni. This is a unique natural spa with healing properties.

Q – What is your favourite thing about Hymettus and why?

The rich flora of the place.

Orchids that flower from the start of the year (!), the scent of wild thyme and sage, the colourful display of millions of wildflowers blooming in spring, and the bulb flowers like crocus popping up after the first autumn rains. You are always in for a surprise.

Fun fact: my country of birth The Netherlands may be well known for its tulips, they were however imported from the Ottoman empire in the 16th century.  From Hymettus for instance! 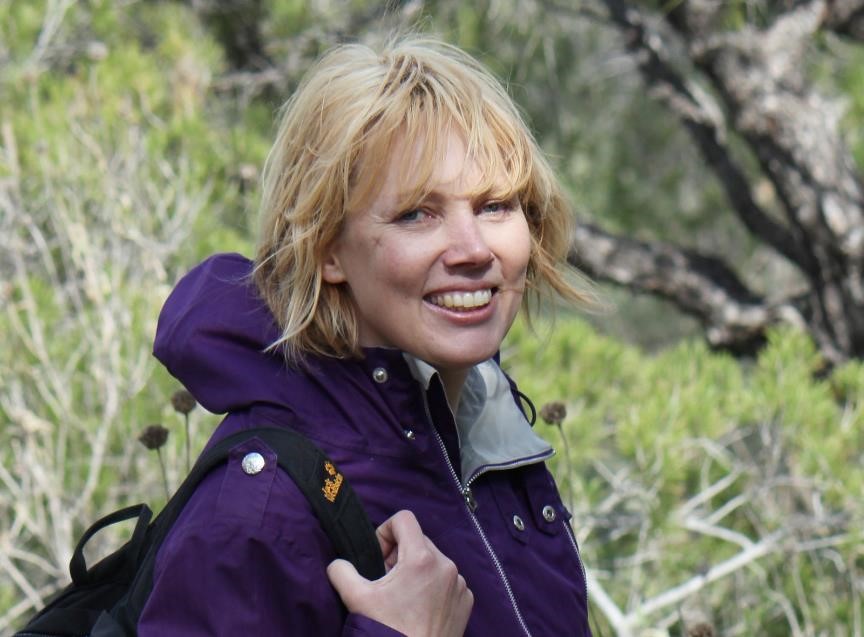 The Monastery is enclosed by a high wall with two gates, one on the east and one on the west side. The catholicon was built in the late 11th -early 12th century and was dedicated to the Presentation of the Virgin to the Temple. It is surrounded by Aleppo pine trees and Mediterranean Cypress trees and includes a botanical garden. The monastery now serves as an archaeological site, and you can come and visit it! Buy your entrance tickets on the spot. Check out the website of the monastery.

Q – Can you describe the view from the top?

When you reach the summit of Hymettus, you get a 360 view of the Athenian basin, surrounded by the Argo Saronic gulf. On the one hand, you can peak at the Greek airport that is surrounded by fields and plantations, and on the other side, you see downtown Athens.

Q – How can a visitor hike the mountain? Anything special they need to know or bring with them?

Always check the weather before you set off. Bring a good pair of hiking shoes, wear long trousers and carry a day pack and a personal first aid kit. In the summertime, it is wise to start either early in the morning or late in the afternoon and protect yourself from the sun. The best months for nature lovers? Springtime.

The interview was used for the article of British Airways High Life Magazine “The Getaway Guide – Athens by the Compass”, by  Alice Barnes-Brown.

Natural Greece is organizing  Athens Eco Tours in Athens and the surrounding region of Attica. When you wish to experience:

you can drop us a line. Get a private-guided day tour with a theme of your choice: hiking, wellness, birds, flora or reptiles.