Where to watch birds in Greece?

Where to watch birds in Greece? 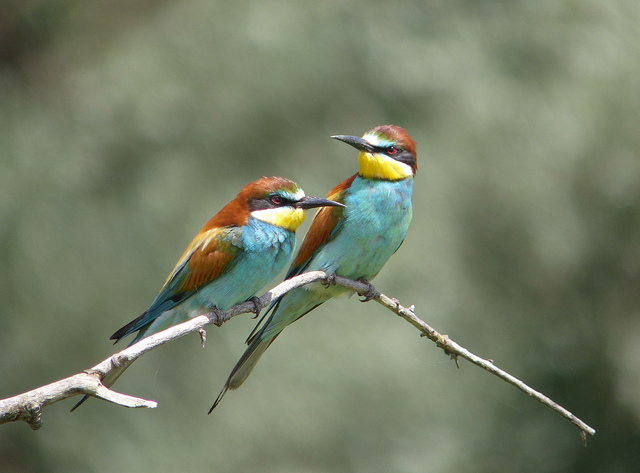 There are 449 birds in Greece, distributed unevenly over the surface area of about 130,000 km2 and across the additional 400,000 km2 of its coastal waters, dotted with 1400 islands. Add the 15,000 km of a coastline and the mountains, the highest reaching almost 3000 metres, and the question where to look for birds becomes ever harder to answer.

There are several where-to-find-birds books published, by Steve Mills, Dave Gosney (both: northern Greece), Steve Dudley (Lesvos), etc., plus the country-wide guide “Birding in Greece” published by the Hellenic Ornithological Society (HOS). Among the online resources, three stand out: the Important Bird Areas pages of the HOS website, the Birdwatching in Northern Greece website, and the eBird hotspots of Greece.

At the time of writing, eBird had only two birdwatching hotspots with more than 150 recorded species (Kalloni Salt Pans and the Kerkini Lake). In reality, both areas have twice as many species recorded, but not entered into eBird. If that is the case, why bother checking these eBird figures at all? They are good indicators of both ornithological significance of the area, frequency of visiting and ease of getting there (close to nearby resorts and often visited by vacationers, or further away and visited only by more intrepid birders).

When one mentions birding in Greece to overseas birders, the site most mentioned is the island of Lesvos. The best site of the island is the Kalloni Salt Pans in the back of the namesake gulf. The greatest drawcards of the island are three Asian species at the westernmost edge of their range and found nowhere else in Europe: Cinereous Bunting, Kruper’s Nuthatch and the White-throated Robin.

The second well-known top site is the Kerkini Lake, 100 km north of Thessaloniki, close to the triple border with FYROM and Bulgaria. This one I visited on several occasions and got to know well. Talking from personal experience, this place offers some of the very best birding in the Balkans. Birds are numerous and relatively easy to find. During migration season, my daily lists there were around 70 species and accumulating over two or three days, they went to over 100 of the lake’s 300 species.

The third area that stands out in eBird with more than 140 species reported are the coastal lagoons of Porto Lagos and the nearby Ismarida Lake (a.k.a. Limni Mitrikou), some 220 km east of Thessaloniki (70 km east of Kavala). This is a place for rarities, with a lot of historical records of the possibly extinct Slender-billed Curlew.

The fifth area to explore, as signified by eBird, is the Alykes Kitros (Alyki Kitrous) coastal lagoon, about 60 km southwest of Thessaloniki. Finally, if you are in Athens, head east, about 40 km from the city centre, to Vravrona Wetland. All other eBird hotspots of Greece had less than 100 species reported at the time of writing.

Back to those great but underreported birding sites, along the Ionian coast – in the west, two areas come to mind: the huge complexes of the Mesolongi Lagoons and the Amvrakikos Gulf lagoons (250 and 350 km west of Athens, respectively).

Northern Greece has more varied relief and higher mountains, consequently more rainfall, lusher forests and more diverse habitats, resulting in longer bird lists. At the triple border with Albania and FYROM stands the Mikri Prespa Lake where 1300 pairs of Dalmatian Pelicans breed, joined with 300 pairs of Great White Pelicans (200 km northwest of Thessaloniki). Further to the east are the Kerkini Lake, Porto Lagos lagoons and the Ismarida Lake. And at the far eastern part of the country, near the border with Turkey are two more exquisite sites – the Evros Delta with 320 species long checklist and Dadia Forest with 35 species of birds of prey alone (300 km east of Thessaloniki, along the excellent new motorway).

If you have to choose the very best area to visit for a weekend, 2-3 days, head for either Thessaloniki and from there, the Kerkini Lake; or for the Lesvos Island in spring. For a long weekend, 3-4 days or longer, opt for the Evros Delta and Dadia Forest (but also consider the Kerkini or Lesvos, too). If you have 4-6 days or more, head for the Evros Delta and Dadia and add the Kerkini Lake (and possibly also the Ismarida Lake & Porto Lagos).

If you are coming by car from Central Europe and heading for the Ionian islands, consider at least a day or two stopover at Mikri Prespa Lake. In FYROM, take the motorway exit for Prilep, go to Bitola and cross the border to Greece towards Florina. If you are coming by car but heading for the Aegean, consider a stopover at either Mikri Prespa or the Kerkini (or both, alternating between your outward and return journeys). If coming from FYROM, take the Valandovo exit and after you enter Greece, veer left for Serres; or you can come through the Bulgarian capital of Sofia (the mileage is the same).

One final piece of advice: if you are coming on a beach package tour which doesn’t allow for the fine tuning of the choice of a resort conveniently close to known birding areas, look for two habitats – mountain tops and any kind of sweet (or even brackish) water. 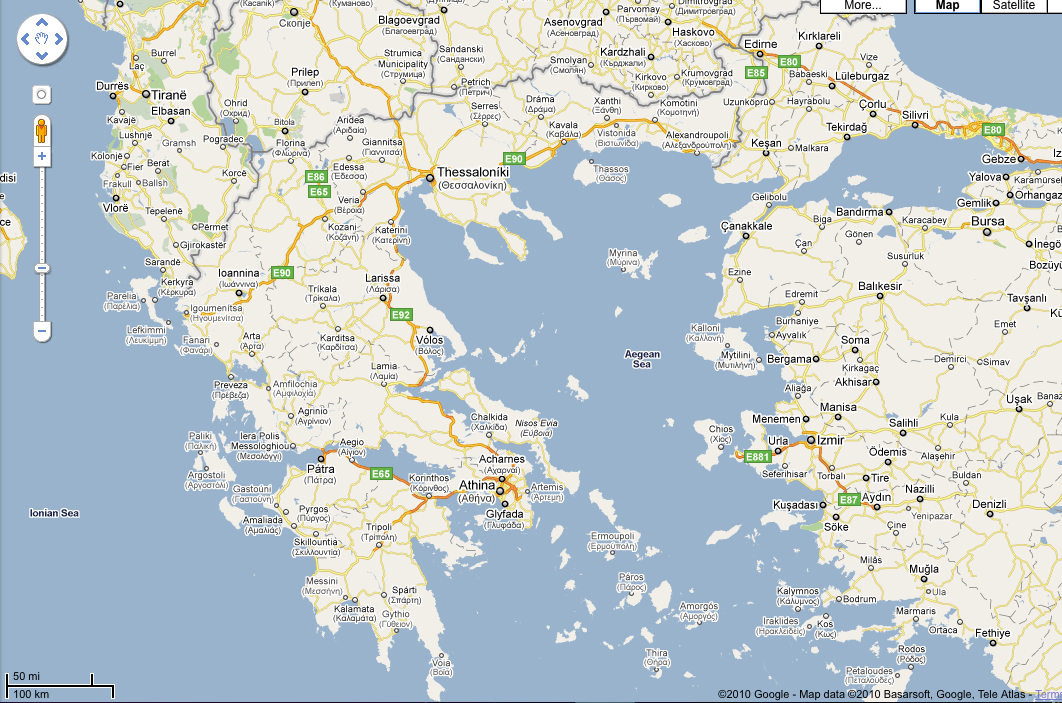 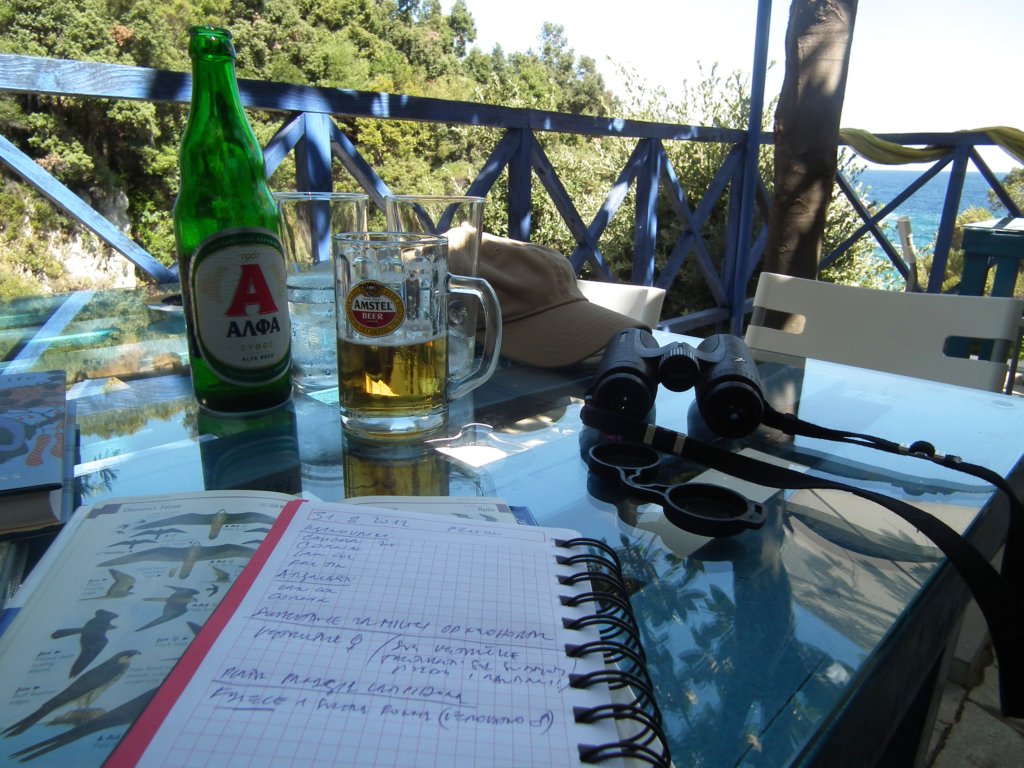